About the Site
NASCARpredict.com is geared toward fantasy NASCAR players, bettors, handicappers and racing fans who enjoy discussing their favorite racer’s chances. It gives readers not only timely, detailed predictions for driver performance in upcoming Cup races, it provides the thinking behind those picks so readers can decide what factors are important when predicting a race and form their own opinions. Finally, the site will also occasionally include articles on related topics such as fantasy league tactics, debunking the momentum myth, evaluating driver quality, etc. 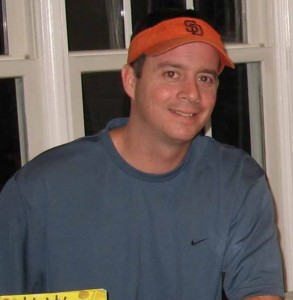 Jed Henson has been a race fan for many years and a fantasy NASCAR and handicapping enthusiast for the past 10. He got his fantasy start in the Yahoo league, picked his favorite drivers over and over, and, predictably, got annihilated. Leaning on his professional poker experience and horse racing handicapping knowledge, he began analyzing the sport to figure out the best race-result predictors, and by the end of 2009 he was running in the 97th percentile in the 200,000 player Yahoo league. He has since finished in the black by several units in Nascapper.com’s free handicapping monitor, finished in the 99th percentile on Yahoo, won several Yahoo fantasy NASCAR leagues, won the Expert Picks section on FantasyRacingCheatsheet.com and posted a profit in DraftKings’ daily fantasy NASCAR games over hundreds of lineups.