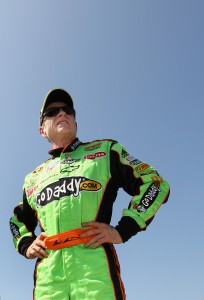 Jimmie Johnson is the favorite today, but watch out for old man Martin, and ...

The green flag drops for the Brickyard 400 at 1:19 ET today, and I think fantasy NASCAR players and handicappers now enjoy good predictability for the race. In my race preview on Wednesday, I rated predictability “a little above average,” but I think one predictability factor has improved since then.

First, NASCAR Sprint Cup teams got in all four practices and qualifying at Indianapolis this week, giving fantasy NASCAR players and those handicapping NASCAR a bountiful crop of data to harvest. Weather.com says a bit of rain is falling at Indy early this morning, but that there is little chance of rain come race time. Finally, according to the Goodyear Tire Notes section on Jayski’s Indianapolis Race Info page, the teams are running different tires than they did last year at Indy, but the difference is apparently very slight, so I speculate these new tires haven’t thrown off the teams’ 2009 race notes off that much.

I therefore think we can conclude today’s race predictability is now well above average. Fantasy NASCAR players, don’t run a start-saver driver over a big gun unless they offer very comparable value. Bettors, I think you can take slightly worse odds than normal.

Handicapping Indy
I crunched the numbers from the four practice sessions and qualifying this week to obtain initial driver rankings for today’s race, and then I tweaked those results with the rankings I published in my quick update Friday. This process yielded a top five I feel good about, particularly the top dog: Jimmie Johnson. Johnson looked sharp in the preliminaries, and I think that spells trouble for everybody else. 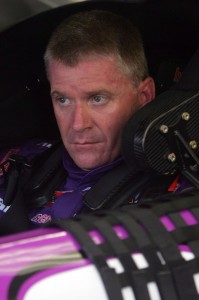 Here are my top five, with the best odds I could find online this morning:

After Johnson, #2–#5 are grouped tightly together. My gut doesn’t like rating Martin so high because he really fell off the pace earlier this season, but that’s where the numbers place him, and I’ve seen a couple interviews now in which he says his cars are getting back to 2009’s form.

Also, the fact Burton is showing so well in the numbers could spell trouble for his competitors because like Tony Stewart and Matt Kenseth, Burton tends to underperform in the preliminaries. He performed very well Friday and Saturday, so watch out.

Even with above-average predictability, I’m not liking Johnson at 2.75-1 or Montoya at 4-1. I do think the above lines for Martin, Burton and probably Bowyer are profitable, however. Particularly Martin at 18-1.

My Yahoo! Fantasy Picks
Group A
I’ve got Johnson and Montoya, and I will run Johnson because his edge is just too big.  I like Montoya and Martin next, and Carl Edwards, surprisingly, has jumped up into my dark horse spot.

Group B
I have Bowyer, Burton, Newman and Jamie McMurray, and I’ll run Bowyer and Burton, though Newman is very close to those guys.

Group C
I have A.J. Allmendinger and Paul Menard, and I’ll probably run the ‘Dinger because he has a decent edge on Menard. I rate Sam Hornish Jr. right with Menard.