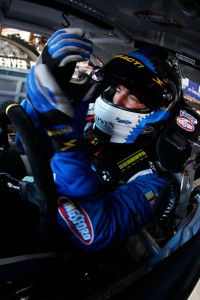 Marcos Ambrose gears up for a practice run on Saturday at Sonoma. (Photo Chris Graythen/Getty Images for NASCAR)

As anticipated, the NASCAR Sprint Cup teams got in all three practices and qualifying at Sonoma this week, giving fantasy NASCAR players and those handicapping NASCAR good, clean data to analyze. A few drivers were slower than I expected and a few were faster, but on the whole my preliminary rankings were fairly on target. But before we get into the updated rankings, a couple thoughts on predictability.

In my Sonoma preview, I rated this race’s predictability below average, and I think we should downgrade that rating just a little. According to the Goodyear Tire Notes section on Jayski’s Infineon Race Info page, the teams are running the same tires as last year, and that improves predictability because the teams already know what to expect with the tires. However, during my race research this week, I read and heard one theme over and over: fuel and/or tire tactics on pit road will likely play a role in the race outcome. I’m therefore thinking now that today’s race predictability is a little less than below average. Fantasy NASCAR players and bettors should adjust their tactics accordingly.

Handicapping Sonoma
I ran the numbers from the three practice sessions and qualifying this week through my scoring system to obtain baseline driver rankings for the race, and I tweaked those results with the historical-data rankings I published in my Sonoma preview. I then further tweaked those rankings with info I gleaned during the practice and qualifying telecasts, in the forum at FantasyNASCARPreview.com, and in articles written by various experts around the ‘net.

The top dog should surprise no one: Marco Ambrose. Ambrose looked great to me coming into the preliminaries, and he simply looked fantastic during the prelims. He is a terrific wheel man on road courses.

I rated Jimmie Johnson #3 in my preview, and he did not disappoint, ripping through the prelims in both qualifying and race trim. I didn’t see Johnson on anybody’s radar prior to the preliminaries, but he should be on everybody’s screen now.

Here are my updated rankings with the best odds I could find online this morning:

Group A
I have Montoya and Hamlin activated, and Hamlin is my clear choice (particularly since I have nine of his starts remaining). If I had Johnson, I’d be hard-pressed to bench him in favor of anybody but Hamlin.

Greg Biffle is a good Group A dark horse.

Group B
I have Ambrose, Kasey Kahne, Ryan Newman, and Clint Bowyer. Starting Ambrose is a no-brainer, but I think Kahne and Newman look dead even. I’ll likely go with Kahne because Newman is a nine-start guy and Kahne might not be. I have only four starts remaining for each. 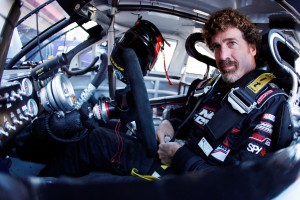 As expected, A.J. Allmendinger ran really well in the prelims and is the clear favorite in this group. Still, I’m toying with the idea of starting Max Papis instead. Allmendinger has a fairly big edge on Papis, but this race’s unpredictability factor might be great enough to justify saving Allmendinger anyway. Plus, the gambler in me likes the idea of running Papis for the first time ever…

I rate Robby Gordon #2 this week in Group C, Papis #3, and then Boris Said and Scott Speed. I’ll also be keeping an eye on ringer Jan Magnussen today—I rank him right after Speed, and I’ve read a lot of good things about him this week online.